Below are samples of various types of media I have written for. Some are technical, others are humorous. All  have been published. Many of the articles have been ghost written, so I can not include the name of the client, nor their website, but those that I can I have indicated with a byline, and publication.

These articles serve as just a sampling of my work, and does not encompass all types of my writing. I have not included the entire articles to avoid plagerism, so I have posted only a portion of the article and added (more...) to the end. If you wish to receive the entire article, or for additional information, please refer to the Contact page to submit your request.

Note: All this work is copyrighted, so it can not be reproduced or duplicated for personal or commercial use without my expressed written consent.  I would, however, be very grateful if you would share an article with my byline, or my website.

What Some of my Clients are Saying About Me


"I encourage many of my clients who say they need help with their websites to contact Toni. I call her "My Secret Weapon," and have used her for many projects, including adding content to 18 websites, Ghost Writing projects, my YouTube and Vimeo videos, and website."

"She is fast and easy to work with.  She is the best addition to my creative team for getting results for clients."

"She has written 100s of blogs for me, and multiple books that I have put on Amazon.
Hire her! Great work!!!!"

How to Be Safe Online by Preventing Fraud and ID Theft

People  more and more are turning to the internet to shop, and communicate with friends and family. All of this activity involves the exchange of personal and financial information traveling through the airwaves, and that means you need to protect yourself from fraud and id theft, and learn how to be safe online.

No matter where you go online, someone is collecting data – through cookies, passwords, emails, photos, social networking sites, etc. They gather information as to your gender, sexual orientation, where you live, what you buy and sell, what you talk about, and what websites you visit.

Social media is a plethora of information gathering, and it is criti cal that you be as careful as possible to be safe online. Fraud is rampant, and even on social networks that are popular, and most believe to be safe, you have to be careful.

According to Paul Ohm, associate professor at the University of Colorado Law School, “I’ve argued that these databases will grow to connect every individual to at least one closely guarded secret. This might be a secret about a medical condition, family history, or personal preference.” He cited an example in his article published in the Harvard Business Review, titled “Don’t Build a Database of Ruin,” about a father in Minnesota who found out his teenage daughter was pregnant because she had started to receive mailings, magazines and coupons for baby items.

Is Cold Calling a Dinosaur?
by Toni Lawrence
(Published: Lessons From Selling, November 27, 2012)

There are many who say that cold calling is a sales technique of the past. According to the University of North Carolina’s Kenan Flagler Business School, “Over 80% of decision makers absolutely will not buy from a cold call.” They think cold calling is a dinosaur in the realm of sales.

It is true that in the past cold calling was the only way for salesmen and women to reach their current and potential clients. Sometimes we still see an occasional pitchman appear unannounced at the customer service desk asking to speak to the owner or manager. Obviously, they have not done their homework enough to find out the names of those in charge.

to approach it as a quick sale they are opening the door for rejection.

These salespeople choose their target audience carefully, finding out the correct person to speak to, and making sure they are not going to waste each other’s time by not being able to offer anything of value. They do their homework, knowing what the company does and what their mission is.

They plan their attack carefully; framing the words they want to say just right. They only have one shot to make a first impression – and they want to nail it! Rambling or hem hawing around gets them nowhere.(more...)

Have you always had a problem recognizing faces? Do people tell you that you ignored them when they saw you, and you don’t remember seeing
them?

It is quite possible you have a condition called Prosopagnosia, or face blindness.

Until the end of the last century, this condition was thought to be rare, but the more scientists researched it, the more they found out about it, including the fact that it is hereditary, and many people from the same family have the same condition – in varying degrees.

A Harvard University study found evidence to suggest that a single dominant gene may cause the condition, so if one parent has the condition each child has a 50% chance of inheriting it too.

Because facial recognition is an important feature in memory, people with this condition have difficulty socializing normally. They avoid going to places where people they may know would be, and pretend to be lost in thought while walking, to cover up their inability to recognize other people. They either act friendly to everyone, or to no one - and become experts at masking their dysfunction. These individuals often are thought to be rude, cold or uncaring – this is probably far from the case, but they themselves don’t know what is wrong so have a hard time explaining it.

Researchers have also found this condition is a congenital disorder that affects about 2.5% of the population – 5 million in the United State alone!   A closely related condition, called prosopamnesia, was found in which a person is born with normal perception, but is not able to remember what they see.

Some old songs actually can bring a smile to your face and a zip to your step. Take for example: “Zippidy-doo-dah, Zippidy-day, My-oh-my what a wonderful day!” Doesn’t this at least make you smile? Well, smiling puts you in a good mood, and a good mood is great for your memory!

A positive attitude has been proven to be important to a good memory. Negative thoughts lead to depression, and depression leads to memory loss.

A positive attitude is also good for your health. Research has proven that people with a positive attitude live longer.  Our brains are wired to reject negativity past short-term memory. It “plugs its ears” (so to speak) to hearing negative thoughts and doesn’t let these enter into long-term memory. Of the 50,000 thoughts we process per day, most will never make their way to your long-term memory because they are negative. It is a proven fact that information and experiences we receive while in a good mood are easier to recall at a later time.

The power of positive thinking helps the brain produce happier, healthier emotions that help when trying to recall memories and with the details associated with them.

There are two things that tend to motivate people – fear and inspiration. Fear can get you going, but it doesn’t make you feel good and is not sustainable. On the other hand, inspiration gets you motivated to move forward, even if obstacles are placed in your way.

We all know Leonardo da Vinci (1452-1519) as a famous artist (e.g.The Mona Lisa and The Last Supper), and some have heard about his many
inventions, but do you know of his contributions to the field of neuroscience?

He was the original Renaissance Man, someone who excels in many areas. His range was wide, and he was way ahead of his time in so many areas. His observations in how the body and brain worked, especially the circulatory system, are the basis of research today.

What made this illegitimate son of a peasant girl and a notary become one of the most famous artists, inventors and scientists who ever lived?

His energy was limitless when it came to asking questions and searching for answers, and he was the master of observation – which led to more questions and discoveries.

He had an insatiable desire to learn as much as he could about everything he observed, and he took meticulous notes. He even described himself as a “disciple of experience,” which meant he learned from experiencing, experimenting and observing everything he came in contact with.

Da Vinci was most intrigued by how the body functions, and the brain developed. He believed the brain was the key to “understanding the relationship between the senses and the soul.” His belief in the soul as being a part of the overall body experience is still a reason many scientists continue to dismiss his findings, but that doesn’t take away from their contributions to the field in his time – or what research is finding to hold true today.

Normally I have not gotten close enough to a professional athlete, or celebrity for that matter, to feel more than sadness for a passing of a life. Junior Seau was an exception, and his passing impacted me on a personal level.

Many years ago I had the pleasure to meet Junior while he was still a senior at Oceanside High School in California, and not famous except in his high school and athletic circle. Very seldom does a brief encounter leave a lasting impression, but this one did, and I have never forgotten it, even 27 years later.

My oldest son, Todd, was a freshman at Oceanside when Junior was a senior. In the world of high school that is a big chasm. Junior was BMOC (Big Man On Campus), captain of the football team, best baseball player, basketball star, etc. He also was a very handsome young man, so very popular with everyone.

Seniors don't pay attention to freshmen, even if they are on the football team together. My son Todd was good at football, but not a first or second stringer at that time, and it was a large team.

One weekend our family decided to go to the local movie theater. Junior was standing with another group of senior athletes, wearing letter jackets and with their girlfriends when we came in. He saw my son, gave him a nod of acknowledgement, which would have been sufficient, but then left his group and came over to shake Todd's hand and introduced himself to us.

This may not seem like much, but it was a big deal to Todd - that someone as important as Junior in school would even acknowledges him in public. It certainly impressed me.He was a kind and considerate young man, and thought about others. No one was a stranger when Junior was around.  Years later, when Junior was drafted by the San Diego Chargers, we followed his career with joy. He deserved all the success he received, and all the community work he did outside the stadium just reinforced my original impression of him. You never saw him without a smile, and there wasn't anyone he looked down on, or felt better than. 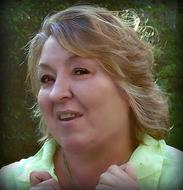 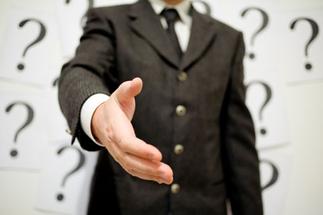 This this old-fashioned way of getting a foot in the door effective anymore, or is it a frustrating act of desperation on the part of the salesperson to bring in clients? Some say it is no longer a valid method of selling, but there are still a few dynamos out there that actually make a killing from cold calling, and say it works if you do it right.

A successful cold caller does not look at this method as a way to get an immediate sale, but an opportunity to introduce him or herself to a prospective client. If they were